What is the Best Cut of Steak? The Ultimate Top 10 List

Have you ever been intimidated by the long list of meat cuts on a steakhouse menu? How are you supposed to know what to order? The options seem endless, and most people default to medium-rare, so you just go with what sounds best.

If you’re left dumbfoundedly staring at the menu in a restaurant, you will likely find yourself lost in your kitchen at home. Part of cooking the perfect steak is knowing how to distinguish the different kinds of cuts. It’s possible that you’ll prefer a different cut once you learn about the other options.

You shouldn’t have to go into this adventure blindly. Here, we will cover the top 10 best cuts of steak.

The flank steak is one of the most popular cuts of beef. It comes from along the cow’s abdomen below the loin and sirloin. It’s a lean cut of meat that doesn’t have a lot of fat, so you won’t have to spend a lot of time trimming fatty pieces off.

The flank steak has a lot of connective tissue and muscle fibers that can take away some tenderness. Even though the flank isn’t the most tender piece of meat, you can follow certain steps to preserve its tenderness. When it comes to cooking a flank steak, use high heat and quick cooking times. No matter if you’re cutting your flank before or after cooking, always cut it against its grain.

Rolling and stuffing work well with flanks if you want to experiment with different flavors and seasonings.

The flank is a very flavorful piece of meat. Most people describe it as having a very beefy taste. A good marinade will add even more flavor. Flanks take very well to marinades if you’re looking to really liven up your dishes. However, keep in mind that marinating will not help with tenderizing your meat.

The New York strip steak comes from a portion of the short loin. It’s boneless and comes from the larger end of this loin. It tends to be well-marbled and has some large pieces of fat around the edges.

New York strip steaks come in rectangular shapes with tapered edges. Their neat shapes make for a great plate presentation. They can also be cut into shaved pieces to make some savory Philly cheesesteaks.

The New York strip steak contains a much more intense beef flavor than the ribeye cut. However, the New York strip leaves something to be desired in terms of tenderness. As the chef, you have to decide what compromises you want to make and if flavor or tenderness is more important to you for a specific meal.

The best way to cook this piece of meat is to use high heat. The ideal methods are broiling, pan-searing, and grilling.

The New York strip’s counterpart, the Kansas city strip, is similar in taste and texture. The Kansas City version has a thin strip of tail fat and a small portion of the bone attached.

Both of these strip steaks come from the short loin, so you are basically eating the same cut of meat.

One version of the New York strip is called the club steak. It contains more bone than the Kansas City cut but doesn’t have any other noteworthy differences.

Amateur chefs will often call a piece of meat a flank when they are referring to a skirt. These two cuts of beef are similar but have some notable differences.

The skirt comes from a cow’s diaphragm muscles. It’s a long, thin piece of meat that has visible muscle fibers running along the steak’s width.

Skirt steaks have an even beefier flavor than flank steaks. They take especially well to marinades, so you can have fun experimenting with different flavor combinations. Some marinades commonly used to enhance the skirt’s flavor include

The most effective methods to cook skirt steak, are grilling and searing. This piece of meat is often cut up into smaller strips to make stir-fry meat for fajitas.

As its name implies, the ribeye steak (we call them Delmonico!) cut comes from the “eye,” or center, of a cow’s rib portion. It typically has a lot of marbling, which is the fat found in between the muscle fibers. While this steak cut’s flavor tends to be a little on the mild side, it has a distinctive buttery taste. The ribeye steak is incredibly tender and juicy, and it offers a melt-in-your-mouth sensation.

When you cook ribeye steaks, you can leave them to cook for a little longer with no consequences. Unlike less tender cuts, you can cook a ribeye a little past medium because of its high-fat content.

There’s also a bone-in variety referred to as a cowboy steak. This steak cut contains more meat that extends beyond the eye. The entire slab has generous marbling that offers great tenderness and more of the distinctive buttery flavor.

If you want to understand the different steak cuts out there, know that a few have confusing names. The ribeye and prime rib are just some examples of the confusion you may experience at first.

Both steak cuts come from the rib section of a cow’s carcass. However, the prime rib is a larger roasting joint. It usually contains big sections of the rib bone. It tends to have a lot more flavor than the ribeye because of its excess bones, tissue, and fat.

This cut is best cooked at a low temperature for an extended time. This makes it a great steak cut to cook if you are looking for a slow-cook kind of meal. It’ll give you time to make other side dishes that require a lot of prep work.

The tenderloin is one of the most expensive cuts of meat available. Once it’s trimmed of its fat, gristle, and silver skin, this lean piece of meat is quite compact.

It comes from a long, pencil-shaped muscle that rests deep within the short loin. Cows don’t exert this muscle very much at all, so it is an incredibly tender cut.

One drawback of this steak is that it does not offer a lot of flavors. It’s very mild, and some people will describe it as buttery. To make up for this lack of flavor, you will have to be very attentive during the preparation process.

Depending on your taste preferences, there are various ways you can season this cut of steak. For example, you can marinade it in a prepared garlic mixture or sear-roast it with a richly-colored red wine sauce. If you want to give your tenderloin a crispy crust, leave it in the fridge unwrapped for several hours. This will dry out the surface and help you achieve a delicious browned crust when you sear it.

When preparing this kind of steak, you have to be especially careful not to overcook it. This cut has very low-fat content, which makes it subject to drying out if you cook it for too long.

Tenderloins are very thick, so the best way to cook them is to start by searing the outside. Then, you can finish the cooking process by putting them in the oven on gentle, even heat.

The top sirloin steak comes from directly underneath the cow’s tenderloin strip portion. Because this steak cut comes from a very muscular area of the animal, it can be tough.

The lack of tenderness shouldn’t be a turnoff, however. Despite its minimal fat content, the top sirloin steak packs a lot of delicious flavors that will be the star of any meal you serve.

On the scale of doneness, it’s best to cook this steak cut to medium-rare. This will help you achieve the perfect balance of tenderness and flavor.

An easy way to prepare this steak cut is to brush it with olive oil and season it with your preferred spices before throwing it on the grill.

The Porterhouse steak gives you a two-for-one type of deal. It consists of two steaks wrapped into one convenient, delicious piece of meat. One side has a large filet mignon, while the other side has a tasty New York strip.

This is one of the best cuts to throw on the grill. Start by searing it at a high temperature and then move it away from direct heat to let it finish cooking.

Though grilling will often get you the most delicious results, you can also pan-fry, boil, or saute a Porterhouse cut.

Porterhouse cuts may be a bit tricky to learn how to cook. However, once you master how to cook a T-bone steak, you’ll be able to replicate the process on a Porterhouse cut. You just may need to extend the cooking time depending on the meat’s thickness.

According to the experts at New Kitchen Life, a Porterhouse steak needs to be at least 1.25 inches thick to be classified as such. On the other hand, T-bone steaks only need to be 0.25 inches thick.

The T-bone is one of the most recognizable steak cuts due to its distinctive T-shaped bone. It contains a nicely-sized tenderloin and a strip of top loin (also referred to as strip steak).

The T-bone is very similar to the Porterhouse cut. One of the major differences between the two is that the T-bone steak is much thinner on the tenderloin side.

The Spruce Eats reports that the T-shaped bone is more traditionally American, while the Porterhouse steak is more commonly consumed in the British Commonwealth countries.

This steak cut offers the best of both worlds: you’ll get to experience the strip steak’s flavor and the tenderloin’s incredible tenderness. It’s best prepared grilled or pan-fried with seasonings like paprika, turmeric, and coriander.

The filet mignon is sometimes incorrectly referred to as a tenderloin steak. Though the two cuts are similar, they are not identical.

The filet mignon is a very tender part of a cow’s back. It comes from the very tip of the tenderloin. As it doesn't come with a bone, the filet mignon lacks some flavor. However, this doesn’t mean you can’t liven up its taste on your own. Chefs love to wrap this piece of meat in bacon or flavor it with some combination of their favorite spices and sauces. You can’t go wrong with au jus, gravy, and generous amounts of salt and pepper.

Because this cut comes from a muscle that’s rarely used, it is incredibly tender. This gives the consumer a “melt-in-your-mouth experience,” as the filet mignon has minimal tendons and sinew.

Most filet mignons are around two to three inches thick. This thickness makes them perfect candidates for grilling or broiling. Whatever method you choose, make sure to get a filet mignon cooked as efficiently as possible. A quick cooking time will help lock in the flavors and prevent a bland piece of meat from reaching your dinner plate.

Steak is a very versatile meal. It’s easy enough to prepare on an ordinary weeknight. But, it’s also savory and delicious enough to serve as a more elaborate occasion.

Selecting the right cut of steak is a very specific kind of science and art. Hopefully, this guide has opened your mind to the different kinds of cuts out there and some insight into the selection process.

How To Broil A Steak Perfectly: A Step-by-Step Guide 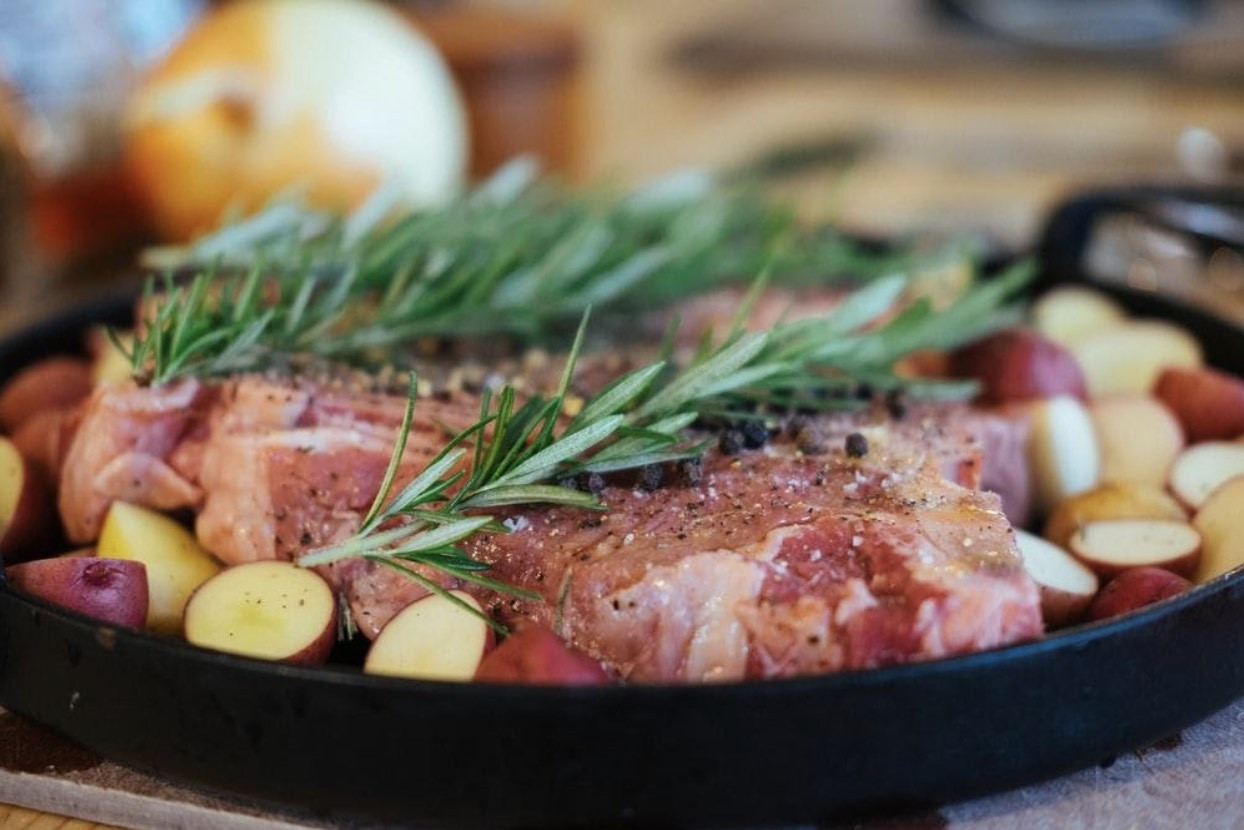 How to Cook Lamb Loin Chops: An Easy & Delicious Recipe 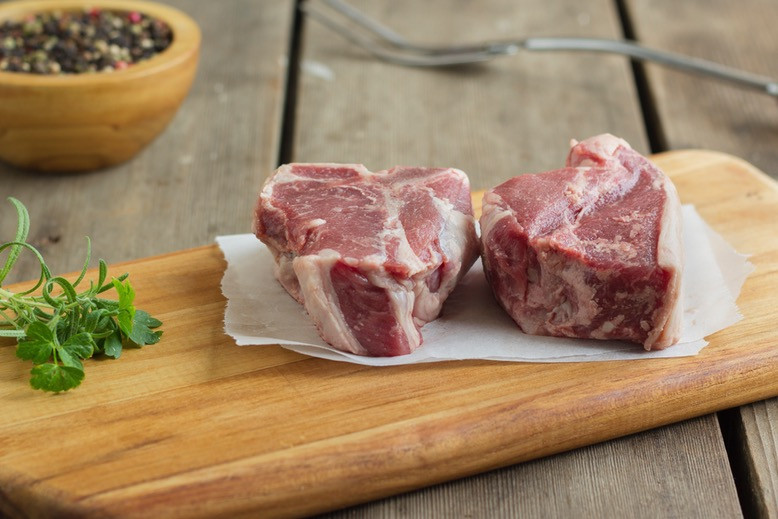 What to Make with Chicken Thighs 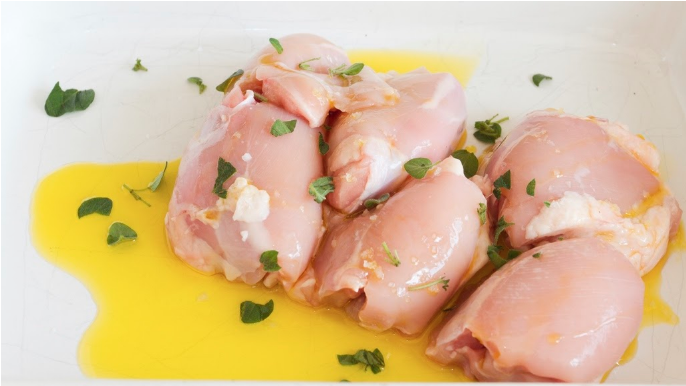