How to Cook the Perfect Holiday Ham

Autumn is upon us, and so are the holiday dinners. Different foods come to mind, but one of the most delicious options is a delectable holiday ham. No matter how you choose to prepare it, ham is a mouthwatering and beautiful centerpiece for your holiday feast.

We at Seven Sons Farms know how to make the perfect holiday ham, and we're here to share our secrets!

How Do I Choose a Ham?

The first things to know about holiday hams are where to get one and what qualities to seek. Here, we'll talk about buying from a grocery store versus buying locally or from a farm and how to select the perfect ham.

One consideration when buying a holiday ham is whether you should buy from a local, family-owned business versus the grocery store. Nowadays it's possible to buy local at your convenience. Additional benefits of buying local include:

Seven Sons Farms is a family-owned farm, and we offer a variety of sliced ham and whole roast options in different sized packages, to fit any family's needs. Check out this natural, sugar-free smoked ham roast that we offer in our shop.

Ham typically does not need to be cooked before eating it. This is because it is usually cured, smoked, or baked before it is sold, a process known as "pre-cooking".

Pre-cooked ham can be eaten as-is, but it could be roasted to warm and flavor before eating. Cured ham must be refrigerated at 40 degrees Fahrenheit or below. The type of ham can be identified by the packaging.

If purchasing raw, the meat needs to be cooked prior to eating. Raw hams are marketed as "fresh".

It is possible, although less common, to purchase a ham uncooked or raw.

Finally, if you're baking your ham at home, keep in mind that ham typically loses 15-22% of its weight when baked.

Bone-out ham is more convenient to eat, but bone-in ham is more flavorful. In addition, the bone can be used to flavor different soups and stews.

We generally know steaks as beef, but hams can be made into steak cuts, too! Ham steaks are center-cut slices of ham, ranging in thickness from 3/8 inch to 1 inch thick. Depending on your holiday dinner, ham steaks can be an alternative to a whole ham.

Ham steaks can be grilled, fried, or baked. They can also be glazed before cooking for added flavor!

What Is the Best Method for Cooking Ham?

As we've said, ham typically comes pre-cooked by means of curing or smoking. In this section, we'll cover the best cooking methods for ham. You CAN actually grill or deep-fry ham, but these are our tried and true recommendations:

Baking is the traditional method for cooking a raw ham, and even cooked hams can benefit from a quick warm-up in the oven.

Ham can be kept moist through this cooking method, and flavors can be enhanced by adding organic vegetables, herbs, and spices to the water while it boils.

Place the ham in a large pot, cover with water, and add the desired herbs and spices to the water. Boil the water then turn the heat back down so the water is barely bubbling. Cover and cook for 20 minutes per pound of meat. After cooking, leave the meat in the water until it's fully cooled to prevent the meat from drying.

Hams are different from beef or poultry in that most of the flavoring is from seasoning in a crust or glaze. In this section, we'll cover different crusts you can put on your ham to make the outside textured and flavorful.

Brown sugar creates a crispy and sweet carmelization on the outside of the ham while keeping the inside smoky and delicious. When purchasing a whole ham, consider crusting the outside of your ham with brown sugar and other spices such as nutmeg, cinnamon, and clove.

Using mustard, thyme, cumin, and breadcrumbs in a crust will cut through the fat and enhance the already smoky flavor of the ham. It also gives it a fantastic texture.

Combining nuts such as almonds with cereal such as crushed corn flakes can add interesting texture to the outside of the ham. Use in combination with a glaze (such as the one we've recommended below) to lock in moisture and enhance flavors.

Ham can be marinated overnight to soak in flavors and keep in moisture. Try mixing some ginger ale and pineapple juice with brown sugar, cider vinegar, and spices. Marinating your ham will take away any extra saltiness and add delicious savory flavor.

Glazing can be considered Part 2 of seasoning a ham. Glazes take only a few minutes to make, and they add flavor, color, and shine. Remember to score the skin of the whole ham (1-inch diamonds 1/4 inch deep) to allow the glaze to penetrate the thick skin and fully flavor the meat.

Whatever glaze you choose to enhance your ham, always save some of the glaze (if possible)! You can add it to some biscuits or sandwiches as leftovers!

Pineapple glaze is a classic for any kind of ham. The pineapple glaze can be used in combination with brown sugar for added sweetness.

Mix one cup of brown sugar with 12 ounces of pineapple juice. If the ham is bought uncooked, pour half of the mixture over the ham about one hour before it's finished cooking, and pour the rest over the ham 30 minutes before cooking is complete.

If the ham is pre-cooked, pour half of the mixture before placing it in the oven and the other half when the ham has been in the oven for at least ten minutes.

This recipe combines fruit preserves with lemon juice for a tangy and sweet twist. Combine a half cup of apricot preserves with a half cup of cherry preserves, add a tablespoon of lemon juice, and mix. If purchased uncooked, brush the ham with the glaze about 20 minutes before cooking is complete. If purchased pre-cooked, brush the glaze on before heating the ham.

This recipe is great for Thanksgiving or Christmas dinners. Take one cup of maple syrup, one cup of orange marmalade, one tablespoon of butter, and one-half cup of toasted pecans. Combine all wet ingredients and heat until bubbling, then stir in the pecans. This glaze adds a crunch factor to the ham.

Side Dishes for Ham

To accompany your holiday ham, we can suggest a multitude of side dishes, but fresh, organic vegetables from a local farm source can accompany any dinner.

Mashed potatoes are a classic for any dinner, especially around the holidays. Try combining different kinds of potatoes, such as Russet and Yukon Gold to get different textures. Use lots of grassfed butter and don't be afraid of the salt and pepper when seasoning!

Green bean casserole is another holiday hit. In combination with cream sauce, fresh mushrooms, and a crunchy fried onion topping, this side dish is sure to satisfy. Add in some shredded cheddar as well if you're a cheese lover.

Homemade cornbread tastes much better than box mixes and takes only a little more effort to make. It's a classic that can go with any main dish.

Amid all the casseroles and breads, it's nice to get some simple and flavorful vegetables to accompany the ham centerpiece. Try roasting vegetables with some thyme and rosemary for an out-of-this-world aromatic feel.

What To Do with Leftovers

Cooked ham can last in the refrigerator for about 5 days, but it can be frozen for up to three months. There are tons of recipes to create with leftover holiday ham! Whether you prefer a hearty ham and corn chowder or a ham hash, there are plenty of satisfying recipes for leftovers. Here are a few ideas:

Ham is one of those amazing centerpiece dishes that leaves us just wanting more. If you'd like to know more about cooking a holiday ham, or if you have any tips and tricks you'd like to share, leave a comment below or contact us today!

How is Grassfed Butter Made? 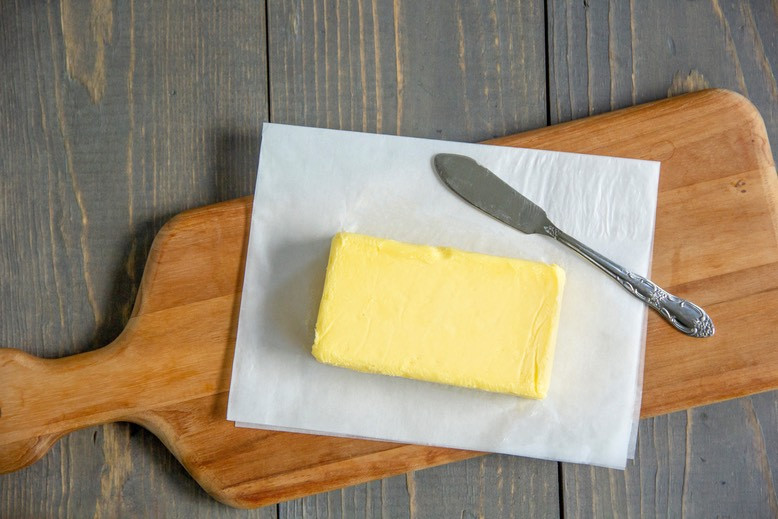 How to Cook a Thanksgiving Turkey 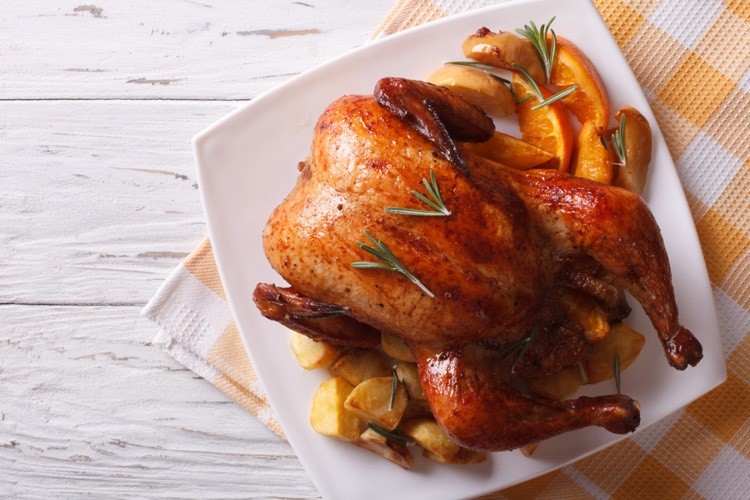 How to Dry-Age Beef at Home 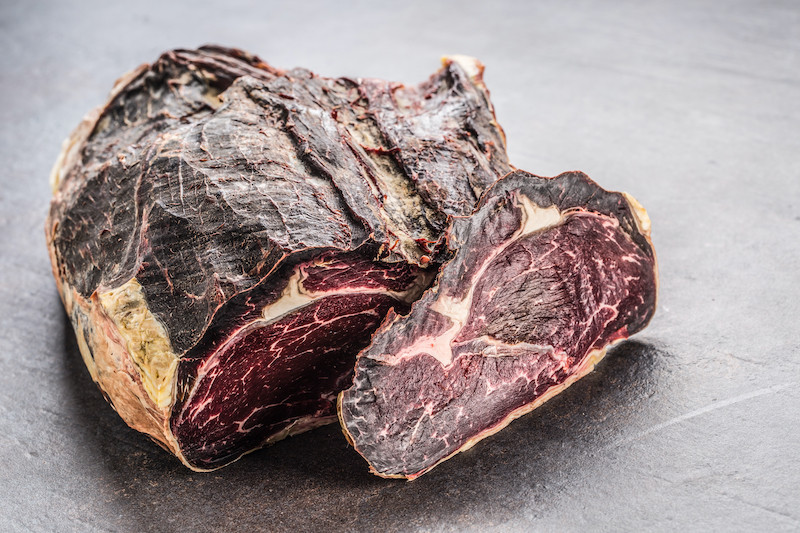