It's the constant improvement and knowing that the next generation and the consumers out there supporting our farm that’s exciting. That’s what gets me up in the morning, knowing that there are thousands of people that are behind the way we raise our animals and supporting farms like ours and others like it.” - Blake Hitzfield — Chief Ranching Officer (1st son)

On this episode of The Farm Life Show, Blake and Blaine sit down in the pasture among the cattle to discuss how the cows at Seven Sons are raised.  The brothers dispel some common misconceptions and myths about pasture-raised beef and its impact on the environment.

Blake also sheds some light on why plant-based protein or “fake meat” actually does the planet more harm than good.

The Life of a Cow on Seven Sons Farm

Using portable fencing, the cows are gently herded to a different section of the pasture each day, giving the soil and vegetation a chance to regenerate after grazing. Blake estimates that he builds over 100 miles of portable fencing a year.

Buried beneath the fields are almost 10 miles of water lines so that wherever the cows graze, they have an abundant supply of fresh, clean water.

Room to roam and access to fresh water is the antithesis way cows are treated in factory farms and feedlot grain systems. 40% of feedlot grain operations house from 30,000 to 35,000 animals on a single feedlot, crammed into a patch of land surrounded by concrete.

Raising animals under such conditions is not only inhumane, but it also puts an enormous amount of stress on their physical and mental well-being. This is part of the reason why feedlot operations tend to pump their animals full of antibiotics and other chemicals.

According to Blake, the cows at Seven Sons Farms are “in a calm environment where they can thrive and do well. They’re not stressed. They don’t need drugs and antibiotics.”

Over 200 million pounds of antibiotics are used in livestock production each year, but they are only even used at Seven Sons to save the life of an animal. On the rare occasion when antibiotics are required to save the animal’s life, the cow is moved to a different farm. The sick cow doesn’t rejoin the herd.

Most commonly, when a cow gets sick they are simply taken to a separate part of the pasture to rest and recover. Typically, like with humans, that’s all a sick cow needs to get better.

Our Approach to Humane harvesting

When the time comes for cattle to be harvested, it is done as humanely as possible. The cows don’t witness each other being harvested — another contrast with factory farms. Using a captive bolt, the cows are rendered unconscious immediately when harvested.

Myth #1 — Pasture-Raised Cattle Are Worse for the Environment

There’s a common misconception that because pasture-raised cows live longer than grain-fed feedlot cows, they produce more methane. Which, in turn, is worse for the environment.

In reality, by grazing and helping vegetation regenerate naturally, pasture-raised cattle help sequester carbon from the atmosphere, which more than offsets any emissions.

Unlike many other farms, no-tillage is done on at Seven Sons. We explored this principle of regenerative agriculture in the previous episode of The Farm Life Show. According to Blake: “Farming grain opens up the soil and puts carbon back into the atmosphere, so that model has a negative impact on the environment.”

Myth # 2 — Fake Meat Will Save the Planet

Plant-based protein or fake meat manufacturers often mislead people that no animals are killed in producing their products and that this makes them a more "ethical" choice.

What they don't account for due to the massive amount of tillage required to grow grain, soybeans, etc. used to manufacture fake meat products, producers “kill off field mice, moles, the earthworms, all the life and biology that is supposed to be living in the soil. They’re destroying it all in that process.”

As Blaine puts it, “More animal lives and beating hearts are destroyed in a plant-based system than what you're seeing at Seven Sons. Life is being taken in any model of food production.

Check out the YouTube video and try to guess how many cows are grazing in the pasture. Leave your best guess in the comments. The person who comes closest (yes, we counted!) wins a $20 online gift credit.

Be sure to tune in for the next episode of The Farm Life Show.

And don’t forget to “shake the hand that feeds you.”* 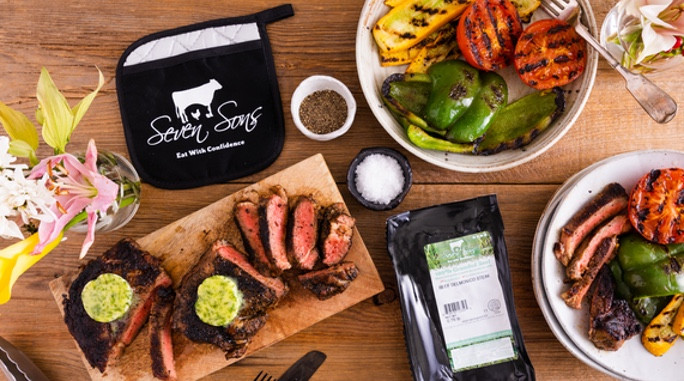 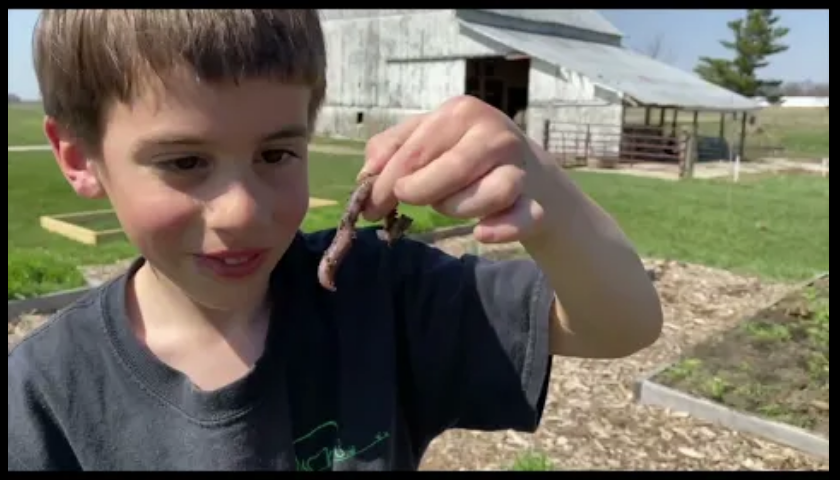 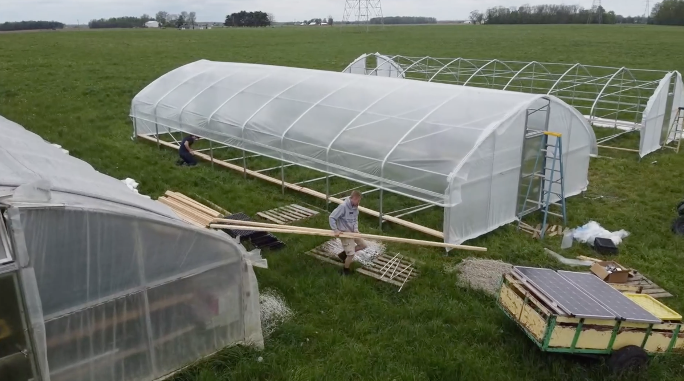